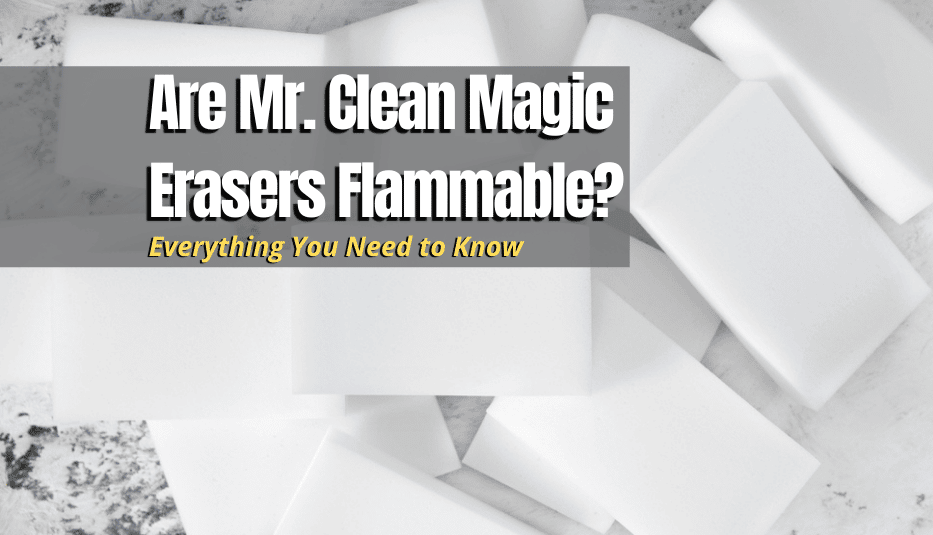 Magic erasers like Mr. Clean are effective cleaning solutions. These magic sponges are mild abrasives used for convenient scrubbing of surfaces. They are easy to use in a simple wet-squeeze-and-erase mechanism for all tacky mess and grimes. But what happens if magic erasers get near heat sources? Are Mr. Clean Magic Erasers flammable or it is invincible to flames?

Mr. Clean Magic Erasers are non-flammable solid foam eraser cleaning tools. It is a combustible solid, but it has difficulty propagating a flame. It has a flammability rating of 1, which means it needs strong and extreme heat before it can ignite. It also has a flashpoint of 1076⁰F (580⁰C), the minimum temperature needed for vapors to form and ignite.

A product is only considered flammable when it has a flashpoint below 100⁰F. Thus, this excludes Mr. Clean Magic Erasers from the list of flammable materials.

What Happens If You Light Mr. Clean Magic Eraser On Fire?

Unlike ordinary sponges and foams that will burn rapidly when lighted, cleaning sponges will only reduce to a char. It will produce a small amount of smoke but without an afterglow. At extremely high temperatures, a Mr. Clean Magic Eraser will burn but it will not grow a massive flame.

Are Mr. Clean Magic Erasers Flammable In Any Way?

The problem with magic erasers is the dust that can be generated by their fine grinding solid. When this dust is divided, it can lay suspended in the air. As it accumulates, it can become a possible fire hazard. The dust-air mixture in low ventilated areas can cause fire and dust explosions when it comes in contact with a naked flame.

However, this is only possible in the accumulation of dust less than 120 microns. Particles that are bigger than that may fail to form a dust cloud. Larger particles will only contribute to combustion under extreme temperatures. It is also possible only if there is low ventilation, which is not always applicable in residential homes.

Melamine foam is a mixture of the hard and soft structures of nitrogen, hydrogen, and carbon. Traditionally, it is used as soundproofing and insulating material with fire-retardant properties. But its components are also effective in combating grimes and stains with their abrasive quality. Hence, they are used to produce the cleaning erasers we now know today. 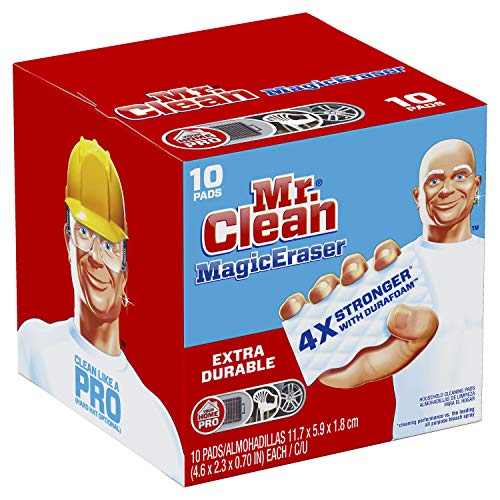 Mr. Clean Magic Eraser will not melt or disintegrate. When it meets an open flame, its surface will burn with little to no flame and produce little smoke, turning the foam to a char.

Is Burning Mr. Clean Magic Eraser Dangerous For The Environment?

In large fires, magic erasers will release hazardous by-products. It includes oxides of carbon, nitrogen, and sulfur. Aromatic compounds, formaldehyde, and oxygen cyanide will also escape into the atmosphere. These and other pyrolysis products that come from any burning material are a source of air pollution, ultimately adding to global warming.

The spillage and run-off of burning melamine foam can also pollute water sources and threaten the marine ecosystem. In small and controlled fires, Mr. Clean Erasers will not produce hazardous gases enough for an environmental trigger.

Yes, it is. Toxic fumes can affect respiration, causing irritation of the respiratory tract, cough, and congestion. It can also trigger asthma and a sensitization reaction can occur.

Mr. Clean Magic Eraser is not compatible with chlorine bleach and strong acid products. While it is not considered a fire hazard, the chemical reaction can release toxic and irritating gases. Water is already sufficient for dousing the magic eraser to get an effective cleaning result.

How to minimize cloud dust in Mr. Clean Magic Eraser?

Dust cloud fire hazard is avoidable by removing, vacuuming, and sweeping away the magic eraser debris after each use.

No, the cleaning liquids and disposable sheets of the brand Mr. Clean are not flammable regardless of variants. Only its air freshener sprays that contain ethanol are listed as flammable products.

Mr. Clean Magic Eraser is generally a safe, non-flammable cleaning material. It is designed to suppress fire such that burning itself will only scorch the product without propagating a big flame. However, dust clouds that can accumulate from the material are an unusual fire hazard. When exposed to a naked flame and inside a confined area, it can cause an explosion and may spread the fire.