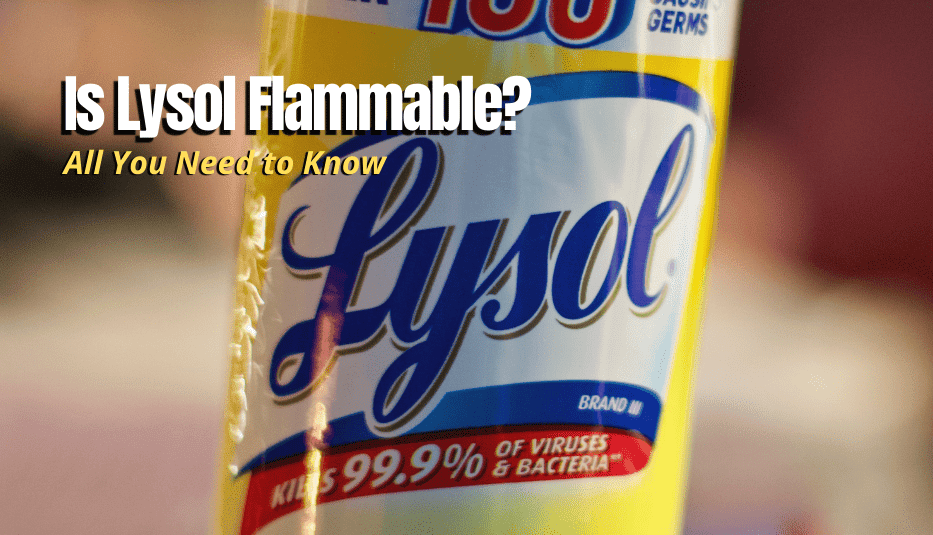 Lysol sprays are useful products for sanitizing and refreshing a room. Unfortunately, many spray products in our home are fire hazards. Aerosol sprays are among them. They further risk explosion when heated. As an aerosol spray disinfectant, in what ways is Lysol flammable? At what temperature will it explode? What happens if you stow it near the stove?

Lysol sprays are flammable and explosive products that pose a high fire threat. In an environment where there is an open flame, Lysol can ignite a larger blaze. The spray disperses and projects the mist up to 45 cm, which is still capable of igniting whenever it catches a flame.

Lysol components have a flashpoint of 65.6°F (18.6°C). The flashpoint is the minimum temperature needed for the product to catch fire. At this temperature, Lysol can start a massive blaze especially if the mist has saturated the room.

The composition of the product also determines its flammability. Lysol contains ethanol, isobutane, and propane – all of which are flammable ingredients. Since it is in a pressurized container, it also risks explosion just by being near a heat source. The good thing about it though is that these contents evaporate quickly. Its flammability decreases as it dries, but should still be avoided in areas near a heat source.

What Happens If You Light Lysol on Fire?

Flammable aerosols like Lysol will burst into fire when lighted. That is why a hazard warning and storage conditions are explicitly stated in the package. The gases inside will ignite when exposed to sparks, heat, or flame.

Is The Lysol Container Flammable? 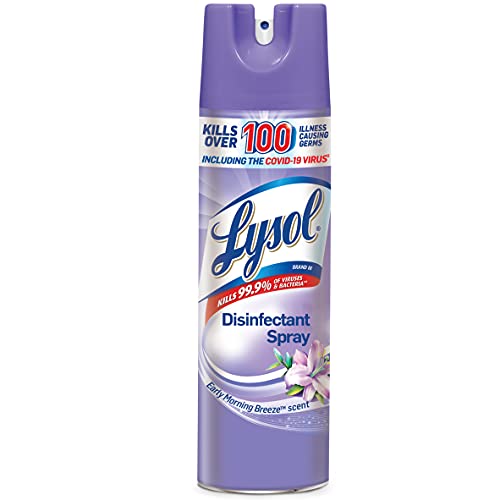 Lysol cans are pressurized and compressed, making them flammable when heated. Aside from the product inside, the can itself is often made using a flammable hydrocarbon propellant.

Is a Lysol container flammable even when the can is already empty? Yes, it is. That is the reason why one should not puncture an empty aerosol container. The frictional heat against the body of the can may ignite a fire. Then, the leftover material inside will undergo a chemical change that can be a source of a massive flame.

Will A Lysol Container Explode If Heated?

Yes, Lysol cans will explode when placed on a fire or any heated surfaces. Pressurized cans react to heat by expanding, and so much buildup of pressure will cause them to burst. Its content will then mix with the oxygen, igniting a rapid fire.

Will Lysol Explode If Left In The Sun?

Direct sunlight is a catalyst for the combustion of a Lysol spray can. The Lysol container may burst when exposed to a temperature above 130°F (55°C). Sunlight heat is enough to build up the pressure inside and explode the container. Thus, it is not advisable to leave Lysol or any aerosol cans in cars, near stoves and ovens.

Is It Illegal to Burn Lysol?

The thermal decomposition of Lysol can generate toxic gases that are hazardous to both people’s health and the environment. While its legality in burning is not stipulated, its disposal considerations need to be in accordance with local regulations. It needs to be segregated for special collection depending on local policies.

Is Burning Lysol Bad For The Environment?

Burning Lysol will cause carbon oxides and other unknown organic compounds to leap into the atmosphere. It has a global warming and ozone depletion potential when burned in massive amounts.

Is It Dangerous To Inhale Burning Lysol Smoke?

Lysol is made up of ignitable and combustible gases that are toxic when inhaled as a mist or fume. It contains denatured ethanol that can cause respiratory irritation and trigger other medical conditions. Inhaling its smoke is likewise harmful and can be fatal.

Is It Safe to Heat Lysol?

Heat is a major threat that can trigger Lysol to explode and start a fire. Thus, exposure to heat in any form is discouraged.

Is Lysol Flammable When Dry?

The contents in Lysol can escape into the air in as fast as 30 seconds to up to 3 minutes. When it is dry, its flammability decreases and cannot sustain the flame for a longer period. What is more hazardous about Lysol is its pressurized container which is still a potential fire risk when empty. 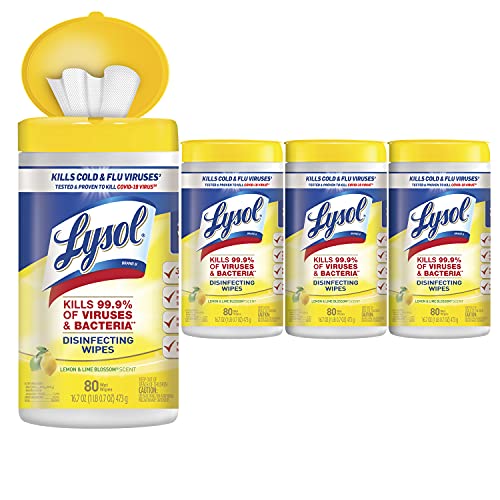 Lysol wipes are revolutionary products for disinfecting surfaces like the kitchen counter, sink, or toilet seat. It contains a mixture of substances including ethanol, which is highly flammable and combustible.

How do you put out a burning Lysol?

In an event of accidental Lysol burning, any extinguishing agent will work. The most suitable for surrounding fire is using water spray or foam. Water spray will help cool down the container to prevent it from bursting. If possible, move the spray can from the fire to prevent greater damage from an explosion.

Is Lysol allowed on the plane?

Aerosols are strictly prohibited on a plane. In rare cases, they may leak and explode due to the changes in temperature and pressure, but will not do much damage. The TSA does not allow flammable aerosols mainly because the cans may explode. In an unlikely plane fire, they will only make the matter worse.

Lysol is a fire hazard that people should be wary of. It contains flammable gases that undergo a chemical reaction when exposed to heat. When it combines with oxygen and catches a spark, Lysol will set ablaze. Its container is also a fire and explosion hazard even when it is empty. Thus, Lysol should be stored in a dry place and away from a heat source. It is also wise to keep it away from children who may unknowingly play with it without knowing how dangerous it can be.