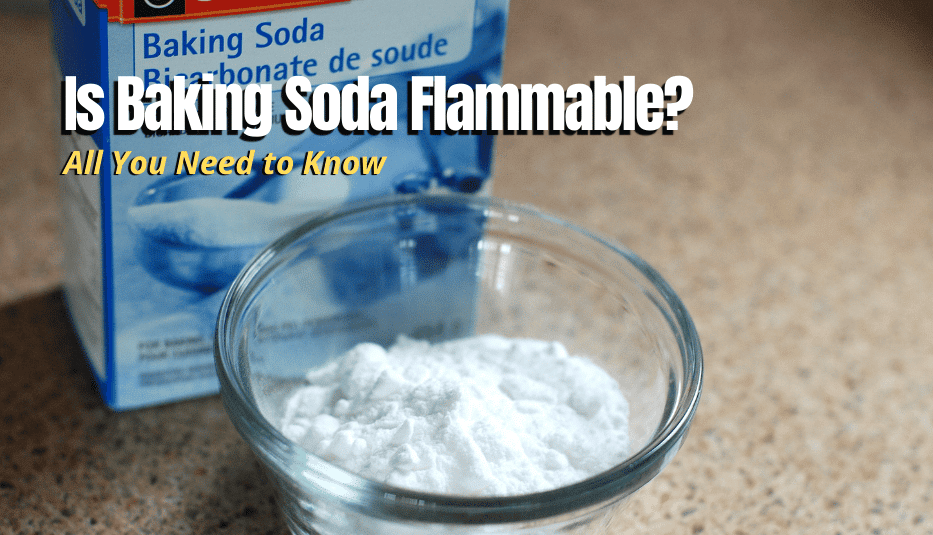 In case of a house fire, some products and ingredients in the pantry are handy fire extinguishers. But knowing which are safe and which are not is important. You wouldn’t want to risk adding more to the damages and spin the fire out of control. When a small fire breaks out, can you use baking soda to douse it? Is baking soda flammable, or like flour, it can exacerbate the situation?

Baking soda is a non-flammable compound that is widely used as a leavening and cleaning agent. Aside from baking and cleaning, it is also a useful product for putting out a grease fire.

Baking soda is made of sodium bicarbonate, a reactive compound, which causes the aerated texture in baked goods. When it comes in contact with heat, it releases carbon dioxide gas. Scientifically speaking, carbon dioxide is responsible for suppressing most fires, including those caused by electricity.

Unlike water, baking soda does not introduce oxygen into the flame, which can aggravate it. That is why sodium bicarbonate is the best option for dousing grease and electrical fire.
Just a caveat, baking soda is a completely different substance from baking powder. Although these products are used as leaveners, they contain different ingredients and are not used interchangeably as fire extinguishers.

Baking powder contains starch and cream of tartar, which are flammable substances. In other words, baking soda will put out a fire while baking powder will worsen it. These two products closely resemble each other, so label them properly to ensure that you pick the right thing when you need them.

What Happens If You Light Baking Soda on Fire? 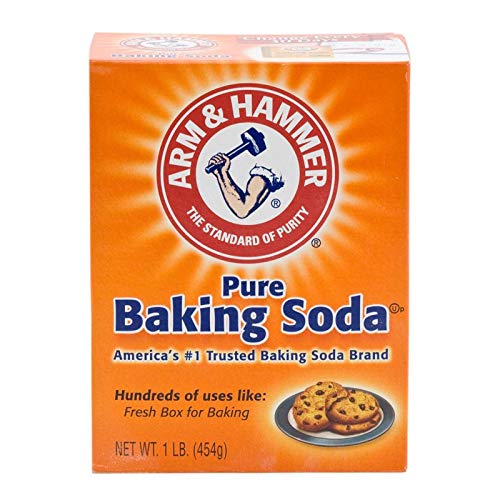 Baking soda is a reactive compound that may erupt into a bubble when it comes in contact with acid like vinegar. Surprisingly, if you light it on fire, it will neither burn nor explode. Even if you mix it in vinegar and set it ablaze, it will neutralize the acid and will not react to heat.

When heated at a temperature above 176°F (80°C), the compound will start to decompose. It means that the water, sodium carbonate, and carbon dioxide will separate. Still, it will not burn and remain the same white powder although its mass is lessened after releasing the gases.

Is The Baking Soda Container Flammable?

The cardboard box and plastic that comes with store-bought baking soda are likely to burn when lighted. But it is not considered flammable or combustible as it will not ignite a fire on its own.

Is Burning Baking Soda Bad For The Environment?

The good thing about baking soda is that it poses no significant threat to the environment when burned in small amounts. It applies to its production, disposition, and thermal decomposition. It is even used as a fire suppression agent in most dry-powder fire extinguishers.

When burned, the most that baking soda does is release carbon dioxide into the air. In massive amounts, however, carbon dioxide’s major threat is increasing the greenhouse effect in the atmosphere.

Is It Dangerous To Inhale Burning Baking Soda?

It is almost impossible for baking soda to produce smoke when lighted. But inhaling its residue may cause mild respiratory irritation. The danger of baking soda is when it comes in contact with other chemicals and produces a chemical reaction.

Is It Safe To Heat Baking Soda?

Heating baking soda is perfectly safe and will decompose at high temperatures such as when used in baking. The reactive nature of baking soda will enable it to produce a chemical reaction but not necessarily burn. That is why it is almost indispensable when it comes to science experiments. Talk about erupting miniature volcanoes, exploding soda, potions, and many other experiments. While it is mostly safe, some can get hazardous if you are not wary. It is still important to handle baking soda with care, especially in the presence of young children.

The molecules of baking soda, or sodium bicarbonate, have a high burn temperature. It is also loaded with carbon dioxide that can smother the oxygen molecules and starve the fire. No standard fire will ignite a baking soda unless the blaze is massive and very powerful. In a huge conflagration, however, it will not be a useful fire extinguisher since bigger flames can suck in more oxygen than a baking soda can extinguish.

When the fire is serious, fire extinguishers, wet towels, and blankets are more effective. When it is out of hand, the fire department is your sensible option.

Baking soda is a non-combustible compound and will not explode. However, when combined with other ingredients like acid, it will warrant a chemical reaction. The solution may fizz up, and without ventilation, it can send a closed container into an explosion.

Baking soda is one of the most important pantry staples that can douse small fires. Its non-flammable and non-combustible properties make it an excellent component in dry fire extinguishers. When heated, it merely releases carbon dioxide that deprives the flame of the oxygen it needs to grow. While useful in small flames, baking soda may not work excellently in snuffing huge fire. Fire extinguishers and professional help is always the best and safe choice.