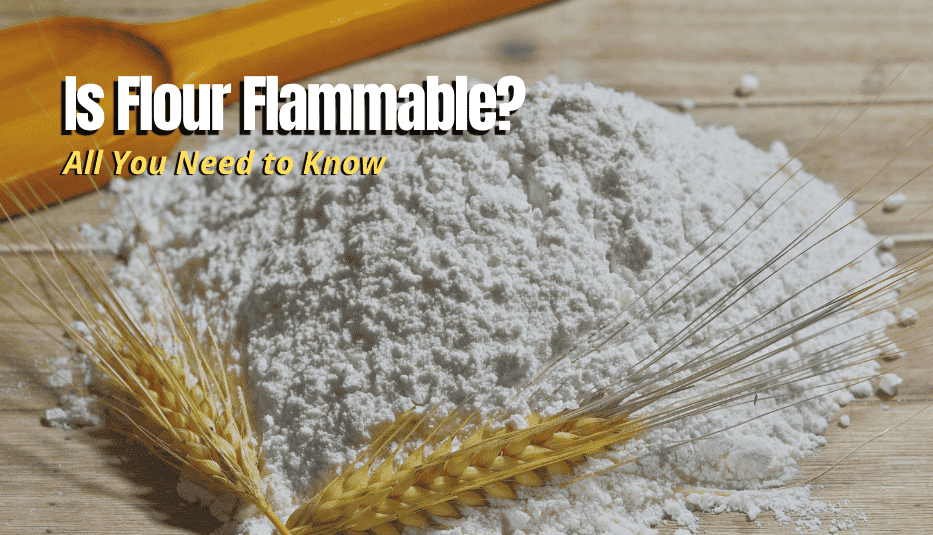 Flour is a pantry staple that everyone least expects to be flammable. When it comes to the flammability of products, we are wired to classify liquids like cleaning agents and fuels as flammable. But did you know that in food processing plants, flour is a likely source of a fire? Here is what you may need to know on how and why is flour flammable.

Flour is a highly flammable product that can ignite a fire and can cause an explosion. It is capable of spreading in the air and may result in much damage. Fire is possible with the presence of these elements and conditions: confined space, oxygen, and dispersion.

When fine flour dust particles that hang suspended in the air react to heat, it has a high tendency of exploding. It is due to the starch or carbohydrate component that contains glucose, which has a highly flammable property. The individual grains, when exposed to oxygen and ignition, increase the likelihood of catching fire, especially in an enclosed area.

A large cloud of flour dust will also sustain spontaneous combustion when a flame or heat is ignited nearby. Dust particles have a very large surface area compared to their mass. It enables them to absorb heat and transfer it rapidly, thus, escalating the burning process.

A side trivia: explosions on movies and TV shows are created mostly with the help of flour. The result is a scary-looking blast with a true-to-life burning fire.

What Happens If You Light Flour on Fire?

Lighting flour on fire will only burn it, but is very unlikely to cause an explosion. That’s because flour is merely flammable unless it is airborne. So saying, flour that floats around the air is both flammable and explosive. But flour in a pile or batch will only burn, but will not explode.

Why Is Flour Flammable And Combustible In The Air?

A tiny grain of flour in the air that catches fire will light the other grains nearby. The flame will flash through the dust of flour with a great force triggering an explosion. It can happen to almost any powder suspended in the air like powdered sugar, creamer, or cornstarch, among others.

Is The Flour Container Flammable? 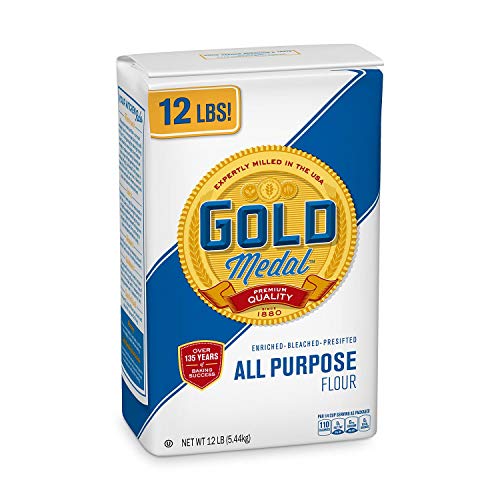 Flour’s store packaging does burn, but does not virtually risk explosion. Why is flour flammable in bulk, but not combustible? It is mainly because of the lesser oxygen presence needed to support its combustion. Burning can only occur at the surface that is exposed to oxygen.

Manufacturers know the risks of these flour particles being a host of explosions bigger than that of gunpowder. To avoid its risks, flour production containers are packed densely. It delimits the grains’ exposure to oxygen to reduce such risks.

Will Flour Explode If Left In The Sun?

No, the flour will only explode when exposed to naked flame and not at the temperature of the hot sun. Flour may burn at a temperature of at least 350°F in its unadulterated powdered form.

Is Burning Flour Bad For The Environment?

Burning flour in volume is a risk of environmental contamination. In large amounts, the introduction of any substance into the atmosphere creates contamination of the surrounding air. It can change the air’s composition and cause air pollution.

Is It Dangerous To Inhale Burning Flour Smoke?

Is It Safe To Heat Flour?

Now that you know that flour is flammable, it may get weirdly unsafe handling it in the kitchen. But don’t fret as it is totally safe in small and non-dispersed quantities. Sure, its dust may result in minor and short-lived fire. However, it is easily extinguishable as long as it does not come in contact with other combustible materials like paper.

Also, flour is mostly used in its wet form in the kitchen, and it will not catch fire that way.
The dangerous fire caused by flour is applicable only in enclosed spaces and large clouds of dust suspended in the air. It can happen to manufacturers, transporters, and storage plants handling bulks of flour. Loose dust of flour that comes from dropping the bags may accumulate and increases the fire hazard.

Will flour catch fire in the oven?

The excess flour that goes into the oven will only burn and scorch to its bitter and black form. But it will not catch fire and send your oven into a blazing mess.

Will flour catch fire while cooking?

Flour may catch fire only if you disperse it near an open flame. Spilling a little amount of flour in the kitchen is nothing to worry about.

The flammability of flour applies to all its types. It is also true for all products in the powdered form containing starch or carbohydrates.

A cloud of flour dust in the air tends to catch fire when ignited. Its risk is high in large amounts and in enclosed areas. While flour is highly flammable, it is still safe to handle in the kitchen. Besides, they are mostly used wet and in batches. When a fire in the kitchen ensues, it can easily be put out with any fire-extinguishing products.

Unfortunately, the same may not be true in milling plants and storage where a large quantity of flour in the air is involved. Improper handling of burning flour can cause casualties and damage to properties.