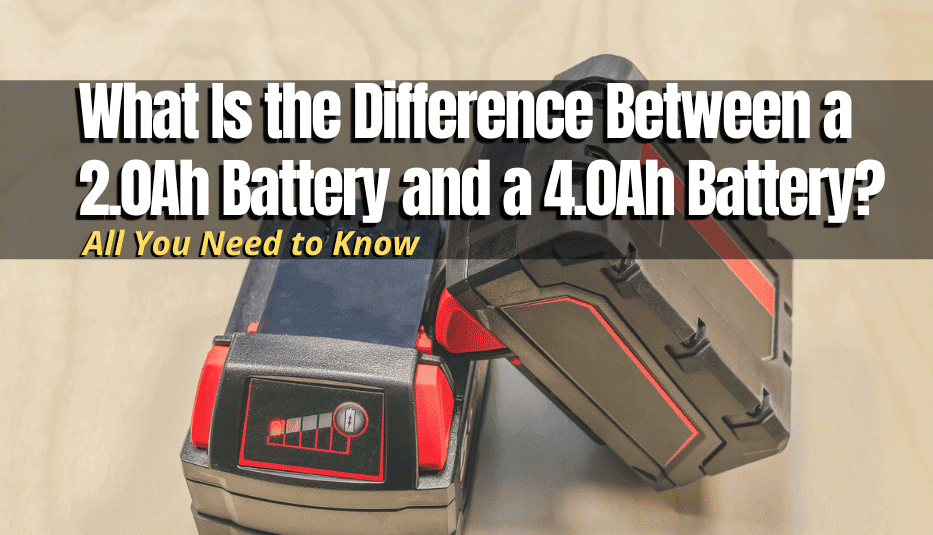 2.0Ah batteries and 4.0Ah batteries are both common in a variety of tools. But many people are unsure what the difference between the two is and which one they should use.

Ah refers to ampere hours, a measure of how much current a battery provides. Higher Ah means that the battery runs for longer. Both batteries provide the same power but a 4.0Ah battery lasts more than twice as long as a 2.0Ah one.

Although you may assume that this means 4.0Ah is always better, it isn’t quite as simple as that. This article will explain what ampere hours and voltage actually mean, and help you decide which type of battery is best for your needs.

Yes, a lot of tools and appliances will let you use a 4.0Ah battery instead of a 2.0Ah battery, as long as they are the same size. However, it’s important that you check the voltage on the two batteries. If the voltages are different, this can cause damage to the tools and it is potentially dangerous. This is because the voltage determines the amount of power being delivered, rather than the rate at which the power is delivered.

This also works the other way around, so if you have a tool that normally uses a 4.0Ah battery, it will still work with a 2.0Ah battery as long as the voltage is the same. Just bear in mind that the runtime will probably be less than half what it would with a 4.0Ah battery.

If in doubt, always check the manufacturer’s guidelines about suitable batteries and follow them.

What are the Main Differences Between a 2.0Ah and a 4.0Ah Battery?

The Ampere hour (Ah) of a battery determines how much energy in the battery. It is a measure of the current that the battery can provide over the course of an hour. Current is measured in amps and describes the flow of electrons from one point to another. In basic terms, more amps means more power is being delivered to the device. Ampere hour ratings show how many amps are being delivered each hour. The formula for measuring Ampere hours is: Amp hour (Ah) = Current (I) x Discharge Time (T)

Let’s use an example to explain how this works in real terms. You have a battery that produces a current of 30 amps. The time it takes to fully discharge is 30 minutes (0.5 hours). Using the formula above, you get 30 amps x 0.5, which gives you 15 Ah. So, the battery can produce 15amps of current for an hour.

You will also notice some physical differences between the two batteries. As you would expect, the 4.0Ah battery is larger and heavier, in most cases. However, some manufacturers are now producing 4.0Ah batteries that are the same size as a 2.0Ah one.

Usually, you will use a 4.0Ah battery in larger tools that draw more power or in tools that you need to use for extended periods. A 2.0Ah battery, on the other hand, is better if you only need to use a tool for a short period and you value ease of use and lightweight, simple to handle tools over ones with an extended battery life. 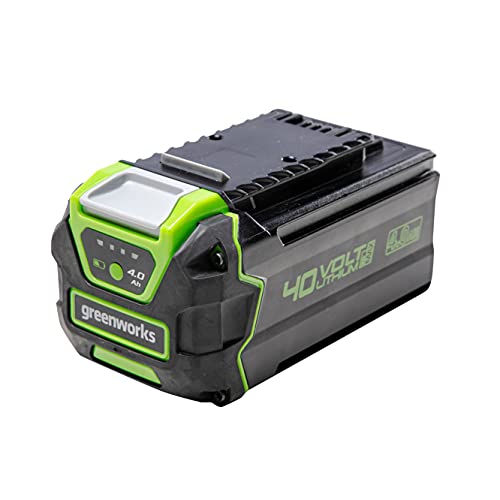 A 4.0Ah battery can last up to 20 hours. However, it depends on the quality of the battery and the efficiency of the tool of appliance that you are using it in. Cheaper batteries may not last as long.

How Long Does a 2.0Ah Battery Last? 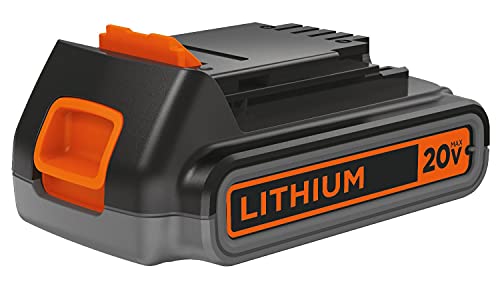 A 2.0Ah battery lasts an average of 6-8 hours, depending on the tool you are using it in. More expensive, better quality batteries should last you longer. People naturally assume that a 2.0Ah battery will last half as long as a 4.0Ah one. However, most tests show that a 4.0Ah gives you a bit more than double the runtime.

Is a Higher Amp Hour Better?

Better is a subjective term, so the answer to this question isn’t definitive. However, a higher Ah value is usually a plus because it means that the battery will last longer. If you’re using tools, it makes life easier if you don’t have to charge them as often. This is especially true if you are doing a lot of DIY around the home or if you are a tradesperson that needs reliable tools.

However, there is often a trade off involved with a higher Ah value. The battery may be bigger and heavier, and if you are using tools in a tight space or at height, you may prefer a lightweight tool. In this case, a lower Ah battery could actually suit your needs better.

Does a Higher Amp Hour Battery Give More Power?

Generally, no it doesn’t. The amp hour doesn’t refer to the amount of power that the battery generates, it refers to the length of time it can generate that amount of power before it runs out. You can think of it like the gas tank in your car. If you doubled the size of the gas tank, it wouldn’t make the car drive any faster because the engine is still producing the same amount of power. But it would mean that you could drive for twice as long before you emptied the gas tank.

Yes, voltage usually dictates that amount of power that a battery produces. Voltage is essentially the amount of pressure produced by a power source pushing electrons around a circuit. It is these electrons which then drive a motor or illuminate a light bulb, for example. So, the higher the voltage, the more electrons are moved around the circuit, meaning that more power is delivered. You can find more information about how voltage impacts the power that a battery produces in this great article about 18v vs 40v.

In order to achieve a higher voltage, a battery will have more power cells, making it larger. If you are looking for a battery that is more powerful, consider the voltage. But if you want a longer runtime, look for a higher Ah value.

There is no difference in the power that 2.0Ah and 4.0Ah batteries deliver. The only difference is in how long they run for and the size of the batteries themselves. Generally, for home DIY purposes, you probably don’t need a big 4.0Ah battery. You still get 6-8 hours runtime out of a 2.0Ah one, which is more than enough for most jobs and you can easily charge it. A 4.0Ah battery is better suited to professionals that need reliability over long periods, and it’s not worth carrying that extra weight if you don’t really need it.