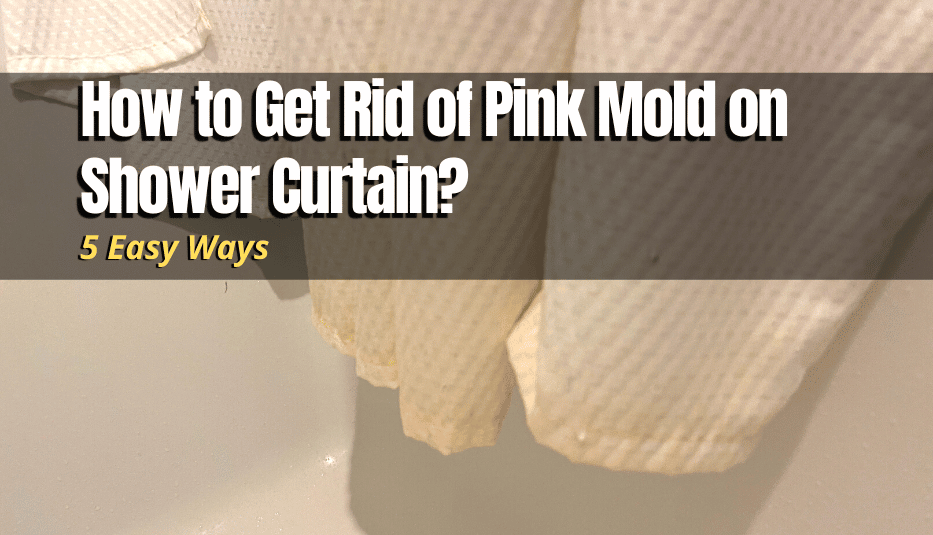 Have you noticed your shower curtain has been changing color? Has it been turning pink or red? Don’t worry it is pretty common and you may even see it around your shower drain. This pink is actually called pink mold and we will answer what it is and provide 5 easy ways to get rid of it below.

Why is my Shower Curtain Turning Pink?

It’s never pleasant to look over mid-shower and see a pinkish growth on your shower curtain. Unfortunately, this is a sign that a dangerous microorganism such as mold or bacteria has begun attacking the shower curtain.

Pink mold in bathrooms is often caused by airborne bacteria called Serratia marcescens. These airborne microorganisms are attracted to, and thrive in, areas that are humid and full of moisture.

Your shower curtain will turn pink when mold or bacteria attach themselves to the curtain and begin growing and multiplying.

What is Pink Mold?

Pink mold is an airborne bacteria known as Serratia marcescens. This bacteria often appears pink, which is why it’s often just referred to as pink mold. Since it’s a type of bacteria, and not a fungus, it’s not technically a mold.

However, its appearance and behaviors are very similar to the types of mold you would find in your bathroom, which is why it’s been referred to as such. Pink mold thrives in wet and warm environments, which is why you’ll often see it first on your shower curtain.

Despite its name, pink mold doesn’t always just look pink. Sometimes the growth can take on an orange or red color, depending on the temperature of the room that it’s living in.

It usually presents as a slimy build up that looks thicker in some areas than others. This type of bacteria can grow in splotches all throughout your bathroom, and may exit in spots along your shower curtain rather than remaining grouped together.

Is Pink Mold Dangerous to Your Health?

All types of mold are associated with some health risks, although pink mold is considered less dangerous than other common molds you might find in your bathroom, such as black mold.

Pink mold can be dangerous to your health, and people have reported experiencing urinary tract infections, wound infections, rashes, gastrointestinal problems, and respiratory problems after coming into contact with it.

Can Pink Mold Be Inside Your Shower too?

Since pink mold thrives off of moisture and fatty substances, like the soap you use in your shower, it’s very possible for it to be inside your shower. Not only that, but you may find pink mold in your toilet bowl, around the rim of your sink, or congregated on any other water fixtures in your bathroom.

If you spot pink mold on your shower curtain, then odds are that it’s in other areas of your bathroom as well. This type of bacteria can travel relatively easily and as long as the conditions are suitable for it to thrive, then it will continue to grow and reproduce throughout your bathroom.

How to Get Rid of Pink Mold on Shower Curtain?

It’s important to get rid of any pink mold that you find on your shower curtain right away. You want to prevent it from spreading to other fixtures in your bathroom, and the sooner you get rid of it, the sooner you’ll be able to shower again in peace! 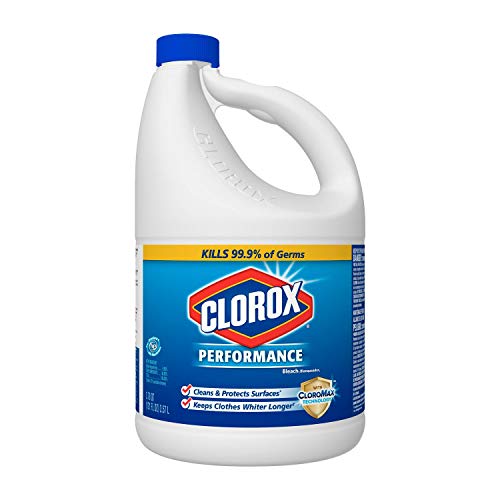 Then, take a washcloth or rag and scrub the affected area of your shower curtain vigorously. Rinse it off afterwards with hot water and leave it to air dry. Once it’s dry, inspect your curtain carefully for any remaining spots. You may need to repeat this process a few times to completely remove the bacteria.

Leave your shower curtain to sit for at least 10 minutes in the cleaning mixture. Then, take the shower curtain out and give it a good scrub. Rinse the curtain off with hot water and allow it to air dry. If there are any remaining spots, then you can try using a spray bottle, or making up a new bucket with water and bleach to give it another soak.

2. Throw it in the Washing Machine 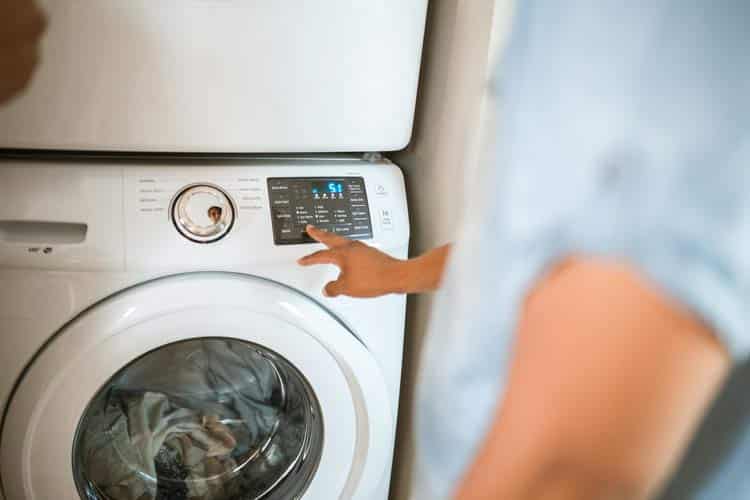 The act of scrubbing mold off a shower curtain may be too worrying or time-consuming for some people, which is why your washing machine makes such a great alternative.

Then, add ½ cup of laundry detergent to your washer’s detergent dispenser, and sprinkle ½ cup of baking soda directly into the drum with your shower curtain. The baking soda will help kill the mold.

After that, you can set your washer on a gentle or delicate cycle. Most shower curtains are safe to put in the washer, but it never hurts to put them through a gentler cycle just in case. Hang out near your washer and add 1 cup of vinegar at the start of the first rinse cycle. The vinegar will react with the baking soda to more effectively eliminate the mold.

Once the wash cycle is complete, you can take your shower curtain out and allow it to air dry. Inspect the curtain closely once it’s dry for any remaining mold. Consider spot washing it to remove any spots that remain, or throw it back in the wash. 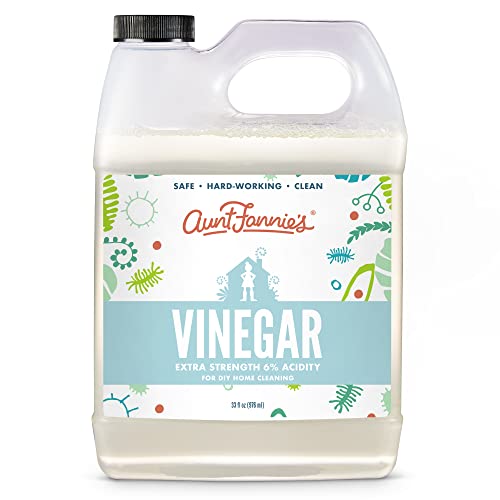 For those who want to use a gentler cleaner than bleach, vinegar is the perfect substitute. It’s a powerful cleaner in its own right, but it won’t create the same toxic fumes that bleach will and there’s less chance of it harming your skin. Vinegar is also a better solution for shower curtains that are colored and have patterns because the vinegar won’t discolor them.

First, you’ll need to mix up a spray bottle or fill a bucket with ½ water and ½ vinegar. Then, if you’re using a spray bottle, you’ll want to thoroughly spray the spots with pink mold and the surrounding area. Let the mixture sit for at least 10 minutes, then scrub your shower curtain with a rag or scrub brush. After that, you can rinse your shower curtain well with hot water and leave it to air dry. Check the curtain afterwards for any remaining splotches of pink mold and repeat the process if necessary. 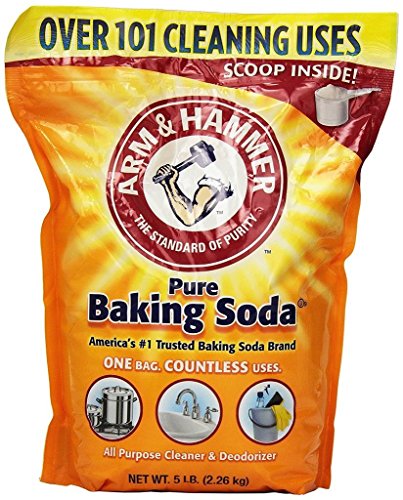 Baking soda is an excellent natural cleaner that works well to remove mold from lots of surfaces in your home, including your shower curtain. For this method, you’ll want to make a paste by combining 3 parts baking soda to 1 part water.

Take your shower curtain off the rail and lay it out somewhere safe. Apply the paste to the areas with pink mold and leave the mixture to sit for about 10 minutes. Once that time has passed, you’ll want to use a rag or scrub brush to thoroughly scrub the mold off your shower curtain. Then, rinse your curtain off with hot water and hang it up to air dry.

You might need to repeat this process a couple of times to completely remove all the pink mold. 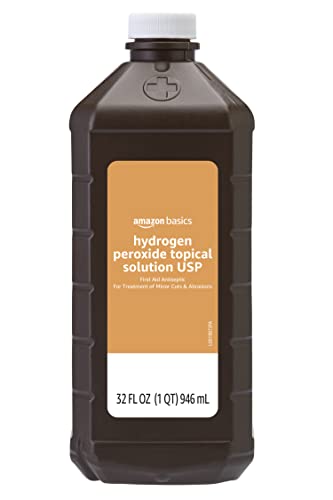 Hydrogen peroxide works very effectively to remove mold from the surfaces in your home. It’s a great choice for someone who’s sensitive to chemicals, as it has a very mild odor and is unlikely to cause any skin irritation.

You can fill up a spray bottle with just hydrogen peroxide, or mix 1 part water with 1 part hydrogen peroxide. Spray your curtain wherever you see the pink mold and make sure to cover the surrounding areas. Leave it to sit for about 10 minutes, and then take a rag and scrub the area to help work the hydrogen peroxide through the mold.

What are Some Ways to Prevent Pink Mold on Your Shower Curtain?

There are plenty of ways you can prevent pink mold from forming on your shower curtain. The general idea is to change the environment so that it’s not conducive to the growth of this particular bacteria.

Here are some tips that will help you keep your shower curtains free of pink mold:

Can I Throw my Shower Curtain in the Dryer?

You should never put your shower curtain in the dryer. Your dryer can melt or distort certain fabrics and materials that shower curtains are usually made of. Always leave it to air dry either outside, in your laundry room, or in another room in your home.