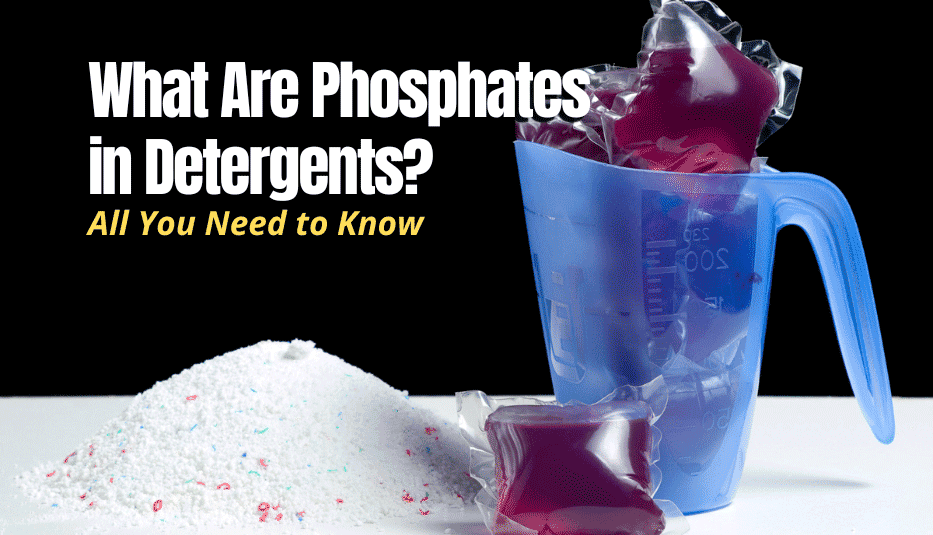 Many chemical compounds found in household goods have been found to be damaging to the environment in recent years. The conscious consumer can avoid them however with some research – several companies have tried to create new formulas without these damaging ingredients. One such harmful ingredient is phosphates. Phosphates are compounds containing phosphorous atoms which have been shown to contribute to algae blooms.

What Exactly Are Phosphates in Detergents?

Phosphates are a group of compounds which have at least one phosphorous atom per molecule. Most household level cleaners use Orthophosphates which have exactly one phosphorous atom. Orthophosphates are buffering agents – meaning they make things shiny. Tripolyphosphates are also occasionally used in household products and are dispersal (spreading) compounds. In dish detergents and laundry detergents, these agents make the cleaner coat each item evenly and keep mineral deposits from dulling the appearance of dishes and clothing.

Why Are Phosphates So Bad for the Environment?

Phosphates are not inherently bad for the health of living organisms – phosphorous is a key mineral in many bodily processes. However, the synthetic phosphates used in detergents withstand water treatment facilities and can flood the ecosystem around highly populated areas. This causes chain reactions with disastrous consequences.

Build up of phosphates leads to a high phosphorous content in lakes and streams. These compounds are then used as food by algae, which contributes to algae blooms. Algae blooms are when an overgrowth of algae takes over a body of water. It may look green, yellow, red, or even like paint on the water. These blooms create toxins that can sicken or kill people, pets, and wildlife.

Additionally, costs around drinking water rise in the wake of algae blooms and industries that rely on clean water suffer.

Are Phosphates Banned in Detergents?

Phosphates are not universally banned in detergents, even though their negative impacts are widely recognized. However, their use is highly regulated or outlawed in many places. For instance, the EU passed a resolution to phase out phosphates in 2011. Additionally, seventeen U.S. states ban the use of phosphates in household cleaners:

Are Phosphates Still Found in Laundry and Dish Detergents Today?

Thanks to these bans, and the discovery of alternatives, most laundry and dish detergents are now phosphate free. One of the largest producers of cleaning products in the United States, Proctor and Gamble, has removed phosphates from 95% of their products. 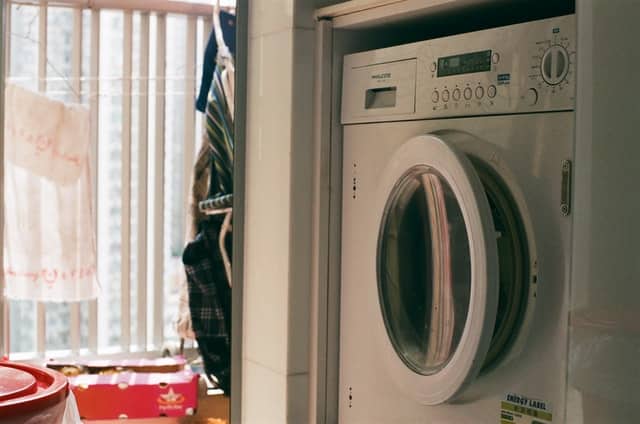 Are Phosphates a Great Cleaning Ingredient?

If it were not for the environmental impact of nutrient oversaturation in the environment, phosphates would be an ideal cleaning ingredient. They are stable compounds with no direct risks to humans and are highly effective. Limited amounts of commercial products continue to be made with phosphates in cases where no other compound can replace the superior cleaning power of phosphates.

However, the average household does not regularly have messes which call for phosphate containing cleaners. Our modern alternatives, while slightly less effective, are usually enough to get the job done.

What Other Products Can You Find Phosphates in?

Despite the bad wrap that detergents get for containing phosphates, many modern conveniences involve the use of phosphates. You can find phosphates in food and medicines like: 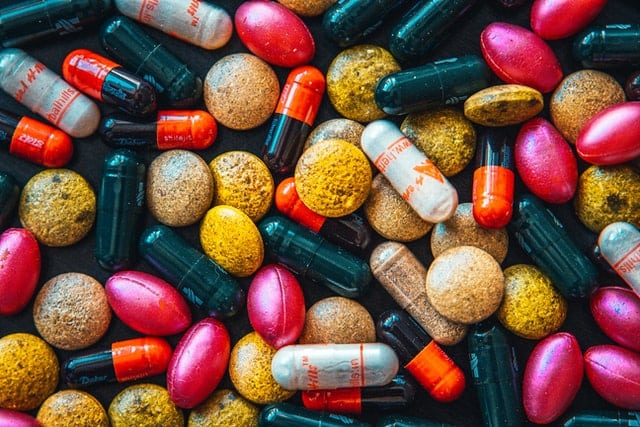 You can also find phosphates in:

What Has Been a Substitute for Phosphates in Detergents?

We now have many substitutes for phosphates in household supplies. These usually require a higher concentration than a phosphate but fulfill their purpose with only slight decrease in effectiveness. All of these are readily available and effective – although the specific alternative used depends on the application. The most effective to least effective phosphate replacements are:

STPP (sodium tripolyphosphate) is the phosphate replacement with the best water softening properties. This prevents mineral buildup on your dishes or clothing and promotes a spot free shine. It also prevents particles of dirt or food from reattaching themselves to things in the machine. It is often used in conjunction with another compound on this list.

Citrex-S5 is a recently discovered compound that acts as an emulsifier in household detergents. It is usually bought in high concentration batches, which makes it economical as a phosphate replacement. Additionally, as its name would suggest, it has a pleasant citrusy scent. You can find it in many lemon or orange scented cleaners as the main active ingredient.

NTA (sodium nitrilotriacetate) is considered by many to be the most promising replacement for phosphates because it is easy to make, effective, and scent neutral. Its’ scent neutrality makes it popular over Citrex-S5 because it can be used to make products without a citrus scent. It is thus popular for alternative scents or unscented detergents.

Sometimes, the best ingredients are the oldest. Soap is a specific kind of cleaner made by cooking oils (like animal fat), lye, and water. It differs from detergents because the ingredients are not usually synthetic. Substituting high quality soap in place of phosphates provides the best grease cutting power, although another substitute should be used for dispersal purposes and softening hard water.

The least effective phosphate replacement, Zeolites are small particles of volcanic minerals. These act like sand and can remove dirt via friction. Although effective and natural, Zeolites tend to damage your possessions over time due to their rough nature.

Final Thoughts – Why You Should Avoid Using Phosphate Detergents

Phosphates may be the easiest solution in the formulation of household detergents, but they are also responsible for the disruption of environments around urban areas. Phosphates infiltrate and remain in the water table where they contribute to algae blooms. This phenomenon is known as nutrient overloading.

These larger and more numerous algae blooms are responsible for the poisoning of people, pets, and wildlife who attempt to drink or swim in the water. They also create dead zones in lakes and rivers by suffocating marine wildlife.

Until a decade ago, these consequences had to be accepted if you wanted a clean house but modern advancements in chemical science have brought us several alternatives. These alternatives may need to be used in combination with one another but are environmentally safe. This is a trade-off many consumers are, and should be, willing to make.