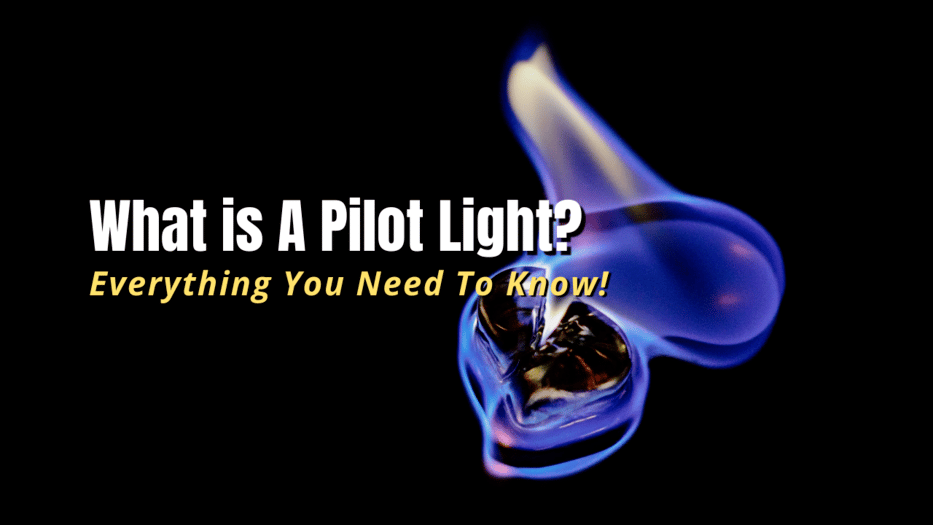 There are many reasons you might be faced with the ominous task of dealing with a pilot light for the first time. For me, it was a walk-through for a property in an older home. But no matter your reason, you’re likely aware that the pilot light is something to take seriously and shouldn’t be handled in a trial-and-error fashion. Doing some research before digging in is the right choice.

So, what is a pilot light?

Because certain safety measures are involved when it comes to operating gas appliances, it’s important to know about this specific device. For this reason, we’ve provided some basics on what exactly the pilot light is and how it works.

How Does a Pilot Light Work?

What Appliances Can Have Pilot Lights?

However, many of these appliances are now made with electric starters instead of traditional, gas-fueled pilot lights (more on this below).

Why Is It Called a Pilot Light?

Think of the pilot light as similar to a “pilot episode” to a TV series. It’s the established flame that comes before the main flame.

Nowadays, pilot lights are quite safe. The primary safety concern is the possibility that the flame of the pilot light blows out without the gas feed shutting off, allowing hazardous gas to fill the room. If the build-up of gas is undetected before the pilot light is re-lit, the gas can ignite, causing a potentially lethal explosion.

Fortunately, pilot lights are equipped with a safety mechanism called a thermocouple that cuts off the gas to the pilot light whenever the flame goes out. If you have old gas appliances, it’s important to hire a professional to check the quality of the pilot light and gas lines. If you ever have to relight a pilot light, always turn off the main gas valve and give the area a little time to air out before resuming the gas flow and lighting the flame.

More recently, the ole’ pilot light device has been completely replaced by electric starters that don’t require a continuous flame or gas output. But even if this is the case in your house, it’s still important to familiarize yourself with your gas-fueled appliances and take all safety precautions when the appliance requires maintenance.

What to Do If Your Pilot Light Goes Out?

Sometimes the pilot light will “go out” (is it supposed to always be on?), meaning the little flame will extinguish, leaving the appliance non-functional. If you’re unfamiliar with the appliance, the first thing to do is turn off the main gas line connected to the appliance, and then take your time determining how to solve the issue. If you decide to relight the pilot light yourself, make sure the area is well-ventilated and clear of excess gas.

Usually, the cause of a pilot light going out is as simple as the main gas line being shut off momentarily. However, if this is a recurring problem, the cause might be more complicated and will require a professional to solve the issue.

How do You Light a Pilot Light?

If you feel confident that you can restart the pilot light on your own, the process is quite simple. Once you’ve made certain that no excess gas is in the area, return the gas to the appliance and then add a flame to the gas-source of the pilot light using a grill lighter or a long match.

It’s possible your appliance is equipped with a mechanical ignition switch (usually a red push-button). Be sure to look for this first, as it makes things much easier.

What Color Should a Pilot Light Flame Be?

The pilot light should emit a small blue flame (flashes of yellow or orange at the edge are okay).  If the flame burns yellow, red, or orange, then call a professional to check on the quality of your gas.

Familiarizing yourself with pilot lights (what they are, where they are, how they work, and how to operate them) is a crucial safety measure for any homeowner. Plus, it’s a handy bit of knowledge to have in general; you never know when or where you’ll have to deal with a blown-out pilot light.

To ensure you know what to do with the pilot light(s) in your home, give a good look-over and read any instruction manuals available for particular instructions. And, when in doubt, call a professional!