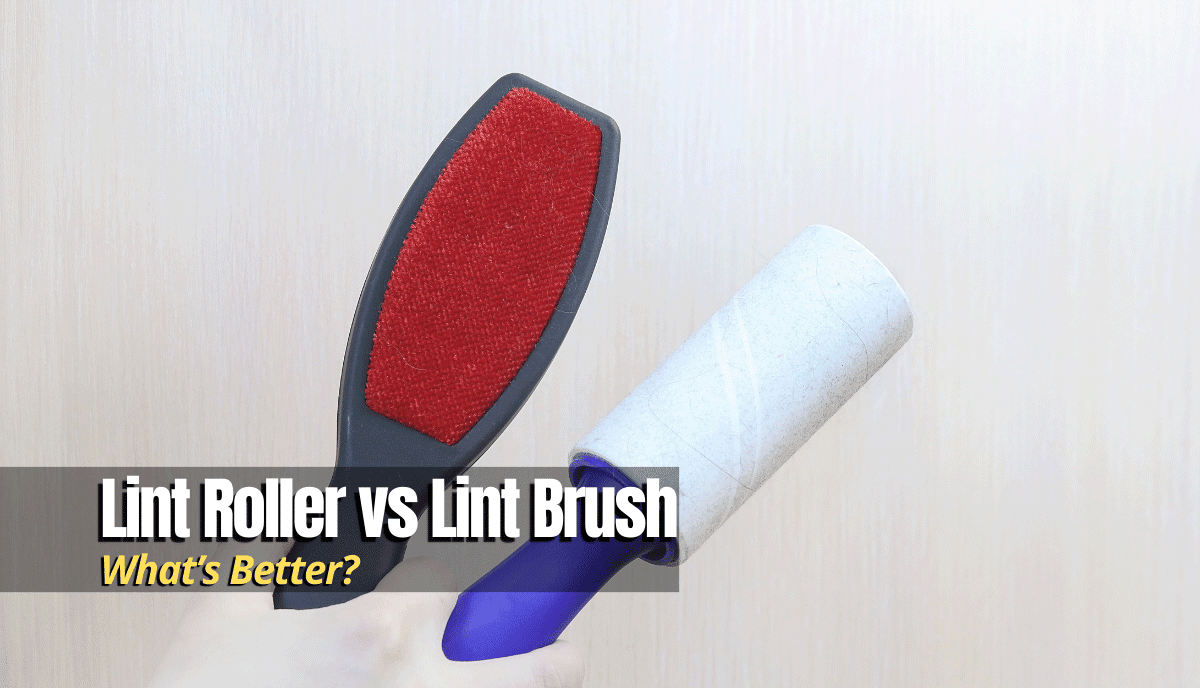 Discovering pieces of lint, hair, or fuzz on your clothes as you’re about to leave your home, go out to dinner, or go into an important meeting can be a real downer. There are tons of compact, travel-friendly products on the market made to help you remove debris from your clothes at a moment’s notice, and lint rollers and brushes are two of the most popular.

Lint rollers are inexpensive and perfect for quickly removing hair, fuzz, and other debris from your clothing or furniture. A lint brush requires more effort to get your clothes or furniture hair and fuzz-free, but it still works well and is the more environmentally friendly option.

Deciding between two products made to do the same thing can be a challenge, but you don’t have to stress! We researched both products in-depth and will share our findings with you so you can see which product is better.

What’s the Difference Between Lint Rollers and Lint Brushes?

Lint rollers and lint brushes are designed to remove dust, hair, fuzz, and other debris from your clothes. The way they go about doing this is what differentiates these products. Lint rollers are long, cylindrical-shaped products that have dozens of layers of sticky tape rolled around them.

With a lint roller, you’re rolling the sticky tape over your clothing. Any dust, hair, fuzz, etc., will attach to the sticky tape, leaving your clothes looking clean and fresh. A lint brush works a bit differently.

Lint brushes are shaped like hair brushes and use small, often polyester bristles all pointed in the same direction. You run the brush over your clothing in a single direction, and it gathers up all the debris off your clothes.

All lint rollers work the same way, but some lint brushes use different bristles or have swivel heads to make the job easier and more convenient. 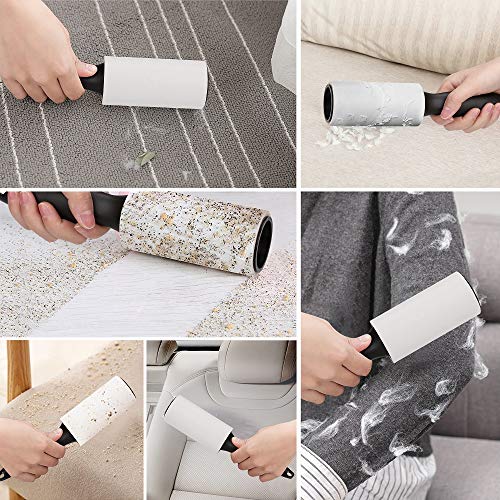 Lint rollers are an excellent product for removing hair, fuzz, and other tiny debris from your clothes. They’re affordable, easy to use, and suitable for use on multiple surfaces. Lint rollers work well on clothing, car interiors, furniture, and other fabric surfaces.

When most people think of lint rollers, they picture the classic long black handle with a wide cylindrical head wrapped in white sticky tape. This is definitely the most popular type of lint roller, but there are plenty of others out there!

Pros and Cons of Lint Rollers

While lint rollers have been an incredibly popular product since their invention in the 1950s, there are plenty of pros and cons associated with this product. Let’s dive right in!

How to Use a Lint Roller?

Lint rollers are incredibly easy to use, which is one of the many reasons why this product is so popular! Here are some easy steps for when you need to get your clothes lint-free

2. Run the roll over the piece of clothing or fabric you need cleaned.

3. Repeat step 2 until there’s no more debris on your clothing.

4. Remove the used piece of tape and throw it away.

What Type of Tape Does Lint Rollers Use?

Despite what you might think, lint rollers don’t use any special type of tape. The tape these products use is similar to masking tape. It’s strong, sticky, and durable, making it perfect for picking up hair, fuzz, and other little particles off your clothing. 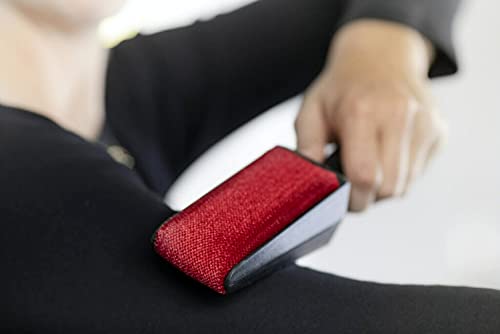 Lint brushes were also invented in the 1950s, although this product was modeled after the already popular clothing brush that had been used since the 1800s. Traditionally, lint brushes used special rubber bristles all pointed in one direction to grab dust, lint, and hair off your clothes.

However, other kinds have been developed since then. Some lint brushes use different bristles so you can move the brush in a circular motion to pick up debris, and others have a container that collects the debris the brush picks up, so you can empty the container rather than pulling debris off the brush.

Pros and Cons of Lint Brushes

While lint brushes are definitely the more environmentally friendly option, they do have some disadvantages. Here are the pros and cons of using a lint brush:

How to Use a Lint Brush?

Lint brushes are very easy to use. There are very few steps involved, but we’ll break it down for you. Use these steps anytime you need to use a lint brush

3. Pick the balls of hair, lint, and other debris off the surface you just cleaned or the lint brush.

What Type of Bristles Does Lint Brushes Use?

Lint brushes look more like they have a piece of fabric wrapped around one side, but that fabric is actually made of super tiny bristles. The surface of a lint brush is made of a polyester weave. This technique allows the tiny rubber bristles to catch and collect any small debris it comes across, such as hair, dust, or lint.

Most people would agree that lint rollers work better. The tacky tape easily picks up hair, lint, and other particles in a single sweep of the roll, so there’s very little effort involved. A lint brush is just as effective, but it takes more effort, and you usually need to go over the same spot several times to get the same effect as a single sweep of a lint roller.

Something to keep in mind is that lint rollers can leave a sticky residue behind, and this can damage very delicate fabrics (like cashmere) or make it easier for debris to stick to your clothes. You won’t have these concerns when using a lint brush.

However, lint brushes are a one-time purchase, meaning they can last you forever if you take care of them properly. You’ll need to buy refills for your lint rollers every so often, so you’ll save money purchasing a lint brush in the long run.

The one true advantage lint brushes have over lint rollers is the fact that you can just maintain the brush and reuse it for years. Lint rollers have strips of tape that you must throw away after use, and these strips of tape are rolled around a cardboard base that also gets thrown away.

If environmentalism is your main concern, then you’ll want to go with lint brushes. As long as you take care of them, these products can last a lifetime!

Despite the fact that lint brushes are more environmentally friendly, they aren’t the better option here. Lint rollers are far more effective, convenient, and easy to use. If you don’t mind putting in a little extra time and effort, then lint brushes are an excellent product. However, if you’re caught up in the whirlwind of life and need a super quick and convenient product, then lint rollers are the product for you!

If you are interested you can check out my article comparing lint rollers and fabric shavers here!