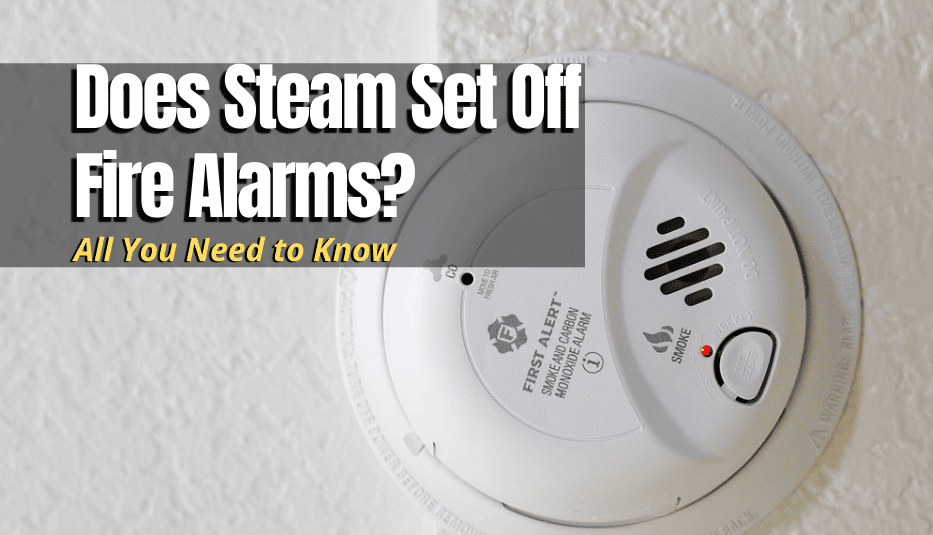 Have you had enough of that loud alarm going off… what is causing your fire alarm to go off anyways? You may not even be cooking, and the alarm just sets off at random times. What is causing this to happen? Did you know that fire alarms can be triggered from more than just smoke. Can steam set off a fire alarm?

Steam, humidity, and condensation can set off a fire alarm and a carbon monoxide alarm. This is because of the way they are designed to detect anything of a certain density that is in the air, so whether or not you are cooking, if nothing is burning this could be what is triggering the fire alarm.

Let’s get into more details about why your fire alarm is going off and what you can do about it below.

Can Steam from the Shower Set Off a Fire Alarm?

In short, yes. The steam from the shower is of a density very similar to smoke from a fire. When the steam reaches the fire alarm, it reads as if it were smoke from a fire rather than just steam from your shower. When smoke or steam is near your fire alarm, the thick air clouds the detection chambers of the alarm, which can make it go off. Therefore, it is important to install fire alarms away from showers.

Can Steam from a Kettle Set Off a Fire Alarm? 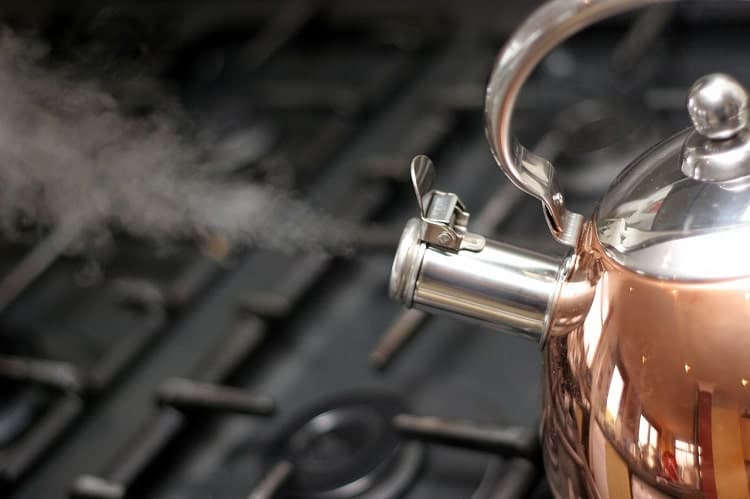 Yes, steam from a kettle can also set off your fire alarm. Additionally, any vapor, smoke, or steam coming from the kitchen while you are cooking can also trigger the fire alarm. This is because the density of vapor, smoke, and steam are very similar, which leads to clouding the smoke detector and making it go off. The best option is for you to install your smoke detectors at least 10 feet away from any cooking appliances.

Can Steam from an Iron Set Off a Fire Alarm?

Much like steam from any appliance or the shower, steam from irons can also set off a fire alarm. The density of the steam coming from the iron is like the density of smoke, which leads to the fire alarm going off. Try to steam iron your clothes away from a fire alarm so you do not cause any false alarms.

Keep in mind an iron is very hot, you can cause smoke when ironing if you accidentally lay it down too long. This can also set off a fire alarm!

How to Stop Steam from Setting Off Fire Alarm?

To prevent any false alarms, you can either place the fire alarms away from areas that usually have a lot of steam. Additionally, you can switch your optical fire alarms to ionization fire alarms. Optical alarms sense large particles in the air. While they are quick to detect any smoke, they can lead to a lot of false alarms.

This type of alarm is more suitable for places like living rooms and bedrooms since there is not much steam in those areas. An ionization alarm is quick to detect flaming fires. This alarm allows smoke to enter its chamber and it scans for heat. If it detects high temperatures, it will go off.

Getting a range hood when cooking is a great idea too, check our Ductless vs Ducted Range Hood article to learn which one you should get.

Can Condensation Set Off a Smoke Alarm?

Much like steam, moisture particles can set off a fire alarm. The best way to solve this issue is to change the location of your fire alarms to a less humid area. Additionally, you will want to drive humidity away from that location. This can be achieved by increasing ventilation in the area or placing a dehumidifier.

Can Steam Set Off a Carbon Monoxide Detector?

Can Humidity Set off a Fire Alarm?

Much like condensation and steam, any kind of humidity can set off a fire alarm. This is because the large moisture particles can go in the fire alarm and set it off. A good idea is to either change the location of your fire alarms to a less humid area. Additionally, you can increase the ventilation of the area to avoid humidity or place a dehumidifier.

Can Smoke Detectors Tell the Difference Between Steam And Smoke?

There are two types of smoke detectors. Ionization smoke detectors consist of two plates with electric charges flowing between them. When something flows between the plates, the electric charge stops, and the alarm goes off. Photoelectric alarms have a small LED light inside them. When something enters the detector and reflects the light into a sense, the alarm goes off.

From understanding how the two types of smoke detectors work, you can understand they do not just detect smoke. These alarms can detect anything that can enter them, such as smoke, steam, condensation, or humidity. Therefore, it is important to place your smoke detectors away from areas that have a lot of steam.

Additionally, try to keep areas ventilated so the alarm only goes off when there is a lot of smoke coming from your kitchen. With technological advancements, smart fire alarms have come out. These alarms allow you to shut them off by using an app on your phone in case of a false alarm.

Although smoke and carbon monoxide detectors are of the utmost importance for your safety, they can have false alarms. These helpful devices have their faults, but placing them in areas with not much humidity or steam is a great idea. Additionally, you should have both the ionization and the photoelectric fire alarm options installed in your home. This allows for better safety for you and your loved ones.