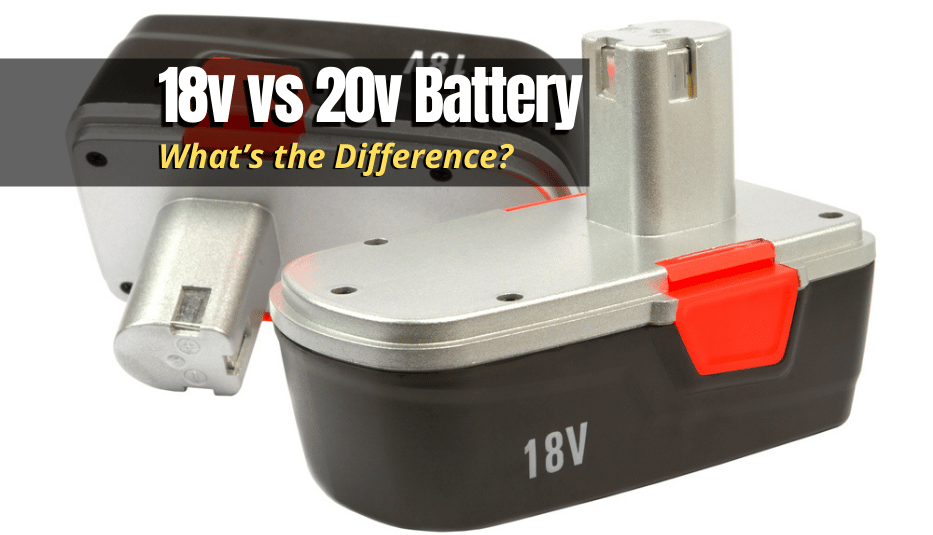 20v batteries are sold as a more powerful option than an 18v one, but there is a lot of debate about whether that is true. It seems logical that it would be, but it isn’t as simple as that. This article will give you more information about the differences between the two and help you decide which is right for you.

What’s the Difference Between an 18v and a 20v Battery?

The short answer is, there isn’t much difference between an 18v and 20v battery. They are both made up of 5 power cells that each give 3.6 volts. These power cells have a maximum voltage of 4 volts. So, the 18v figure is calculated by multiplying the 3.6 value by 5, while the 20v figure uses the maximum 4 volt value. But in real terms, they offer a very similar amount of power.

What Are Volts in Relation to Tools?

Voltage can be a bit misleading and people often misunderstand it. People assume that more voltage means more power, and that is often the case. However, it doesn’t quite mean that. The voltage measures the energy of the battery while amps measure how much current it puts into the tool. A battery with a higher voltage has more energy and distributes energy more efficiently.

In terms of tools, this means that they are more powerful and are capable of higher torque applications. It also means that they can run for longer without charging. However, it also depends on how well the tool itself is built.

When it comes to 18v and 20v tools, there isn’t much difference because, in real terms, the voltage is the same.

You may assume that it is fine to use the batteries interchangeably because the voltage is similar, but that isn’t necessarily true. Although it is not the same as using an 18v battery on a 12v tool, for example, it could still do some damage. Ideally, it’s best to follow the manufacturer’s guidelines about which batteries to use.

Having said that, some tools do have interchangeable batteries and they are designed to be safe whether you are using an 18v or 20v battery. You won’t get any more power by using a larger battery because the tool still operates at 18v, but you won’t do any damage.

You’ll find the best guidance from the manufacturer of your specific tools. If they say that the batteries are interchangeable, go ahead and use whatever you like. But if not, it’s not worth the risk because you will damage your tools.

The same advice applies to using an 18v battery on a 20v tool. Even though it is less likely to cause damage, it’s not great for your tools and you may not get the same performance either. If the manufacturer advises that the batteries are interchangeable, that’s fine. Otherwise, use the correct battery or look into options like adapters.

This all depends on the tool rather than the battery itself. As we know, the actual voltage is the same between the two, so whether you are using a 20v or 18v battery, the same amount of power is being supplied to the tool. Some tools may be more powerful because they are built better and they use the power more efficiently. So, focus on the tool itself rather than the battery when making a purchase.

Does an 18v or 20v Battery Take Longer to Charge?

Considering that the cells inside an 18v and 20v battery are the same, you can expect them to charge in roughly the same amount of time. On a standard charger, it will take 2-3 hours. You can also get some great fast chargers that will give you a full charge in half an hour, which is great if you’re using your tools for an extended period.

It is a misconception that a 20v battery gives out more power than an 18v one, so neither battery will drain faster than the other. It all depends on the efficiency of the tool that you are using it in and the type of work that you are doing.

Can You Charge an 18v Battery with a 20v Charger?

Yes, you can charge an 18v battery with a 20v charger without damaging it.

Can You Charge a 20v Battery with an 18v Charger?

Yes, people often worry that it won’t have enough power to charge it but that isn’t the case. As the batteries are essentially the same, there shouldn’t be any issues.

Which Batteries are More Affordable Between 18v and 20v? 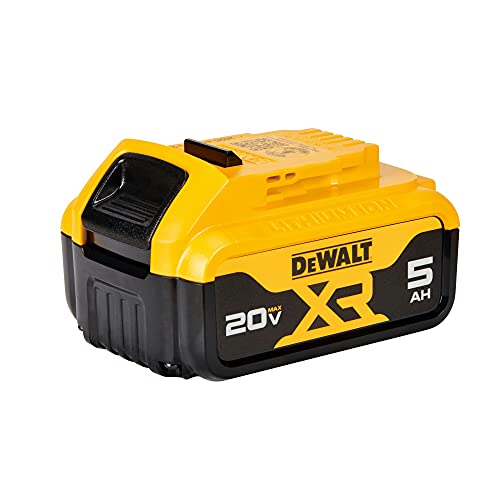 You might assume that a 20v battery is more expensive than an 18v battery but that is not always the case. In fact, there isn’t a huge difference in price between the two and you can sometimes get cheap deals on a 20v battery, like this dewalt one, for example. That said, you will often find that 20v batteries are marketed as being much more powerful and they cost more as a result.

Are 20v Batteries Heavier in Weight than an 18v Battery?

No, there shouldn’t be much difference in weight between the two batteries because they have the same number of power cells. Some have slightly different designs but there won’t be a significant weight difference, in most cases. 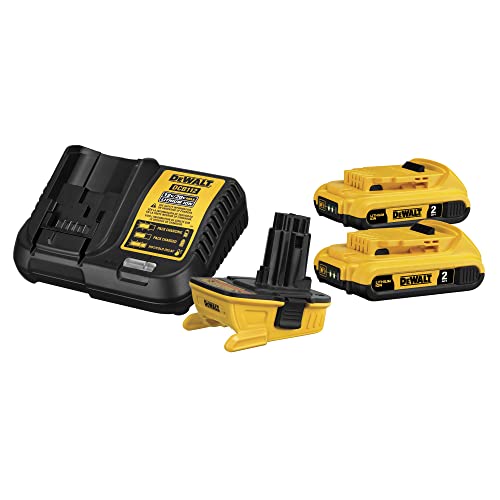 Yes, quite a few tool manufacturers offer 18v to 20v adapter kits. Dewalt and Milwaukee, for example, both have options available. A lot of companies like Makita, Black and Decker, and Bosch, to name a few, are moving towards an interchangeable battery system anyway, so different batteries can be used without an adapter. 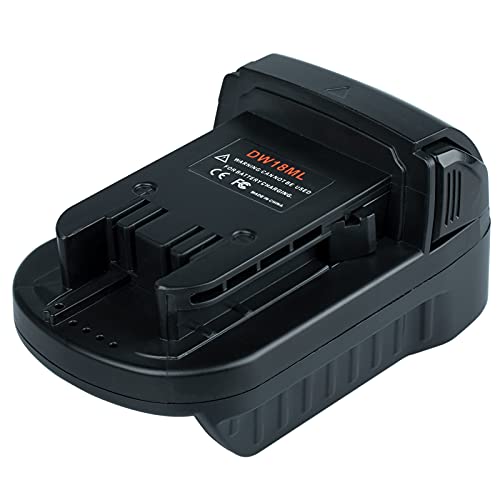 What’s the Difference Between an 18v and 20v Drill?

The main difference is usually the price. The 20v battery is essentially a marketing trick designed to convince people that it has more power. In terms of performance, run time, and power, there is little difference between the two.

The Verdict – Which Should I Choose?

The best way to choose between the two is to forget about the battery and focus on the tools themselves. Consider things like the power, the torque, the run time, and the weight, and think about what you will use it for. Don’t worry about whether it has an 18v battery or a 20v one, just do your research into the tools themselves and find the one that best suits your needs.