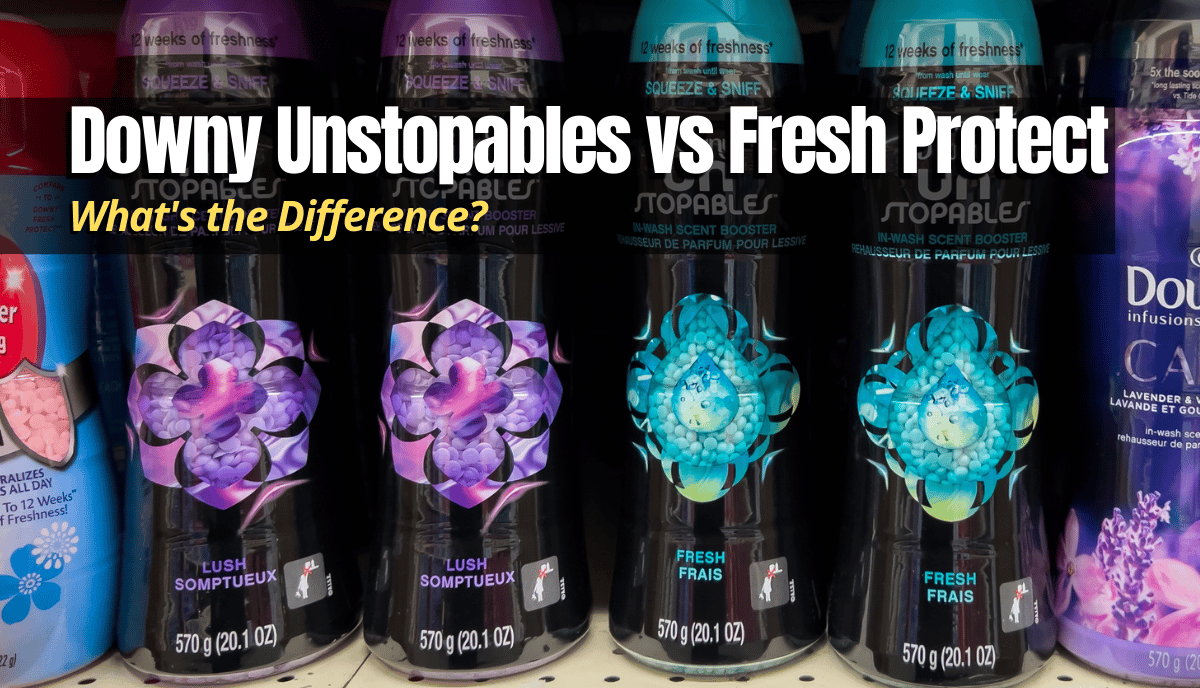 Whether you have an important event coming up or simply want to fight odors before they have a chance to cling to your clothes throughout the day, Downy has the perfect products for you. Downy Unstopables and Fresh Protect are two products designed to act as deodorants for your clothing. It’s a great way to protect against the build-up of odors throughout the day and maintain a clean, fresh scent even while working out or navigating a stressful day.

While the length of time these products last is the main difference, there are a couple of other things that set these products apart. We’re going to discuss their fragrance options, prices, and more to help you decide which product is the right one for you.

What’s the Difference Between Downy Unstopables and Fresh Protect?

The major difference between these products is how long they work to fight odors and keep your clothes smelling fresh. Downy Unstopables work for up to 12 weeks by imbuing your clothes with mini-capsules. These mini-capsules break as you move throughout the day and release a burst of fresh scent that also fights odors.

Downy’s Fresh Protect product works similarly. It also infuses motion-activated capsules into your clothing, but this product only guarantees fresh scents and odor-fighting abilities for 24 hours. 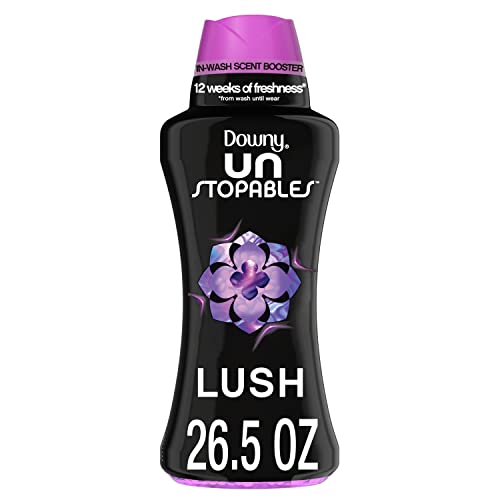 Downy Unstopables is a scent-boosting product. This product comes in many different fragrances and imbues your clothes with mini capsules that break as you move throughout the day. When these capsules break, they release a burst of fresh scent that also helps fight odors. Downy Unstopables will last for up to 12 weeks and is safe to use with all washers and clothing types.

What Fragrances Does Downy Unstopables Offer?

You have a ton of fragrance options with Downy Unstopables. Many of their fragrances are floral or citrus based, but there are also some more traditionally masculine scents available. Here’s a list of all the fragrances available

What Are the Ingredients in Downy Unstopables?

The ingredients in Downy Unstopables are similar across all fragrances. Each product contains three ingredients, which are perfume dispersant, fragrance, and colorant. The type of colorant and fragrance will vary depending on which version you purchase, but these are the ingredients in each product

All of Downy’s products list their ingredients on SmartLabel, which is an excellent method of transparency for customers who are concerned about allergies or reactions to certain ingredients.

How to Use Downy Unstopables?

These scent boosters are super easy to add to any washing machine. There are a few steps you’ll need to follow to get the most out of Downy Unstopables.

1. Shake the scent beads into the Downy Unstopables cap. Use a little bit for small loads and a full cap worth for extra large or very soiled clothes like active wear.

2. Toss the scent beads into your washer before you add in your clothes.

3. Add your clothes, detergent, and fabric softener into the machine.

4. Run your load as normal.

Using Downy Unstopables is pretty intuitive, and there’s no specific amount of beads you need to use. It’s perfectly safe to add a little extra if you’re washing active wear or clothes that regularly collect odors.

Read Related: What Happens If You Put Scent Boosters in the Dryer? 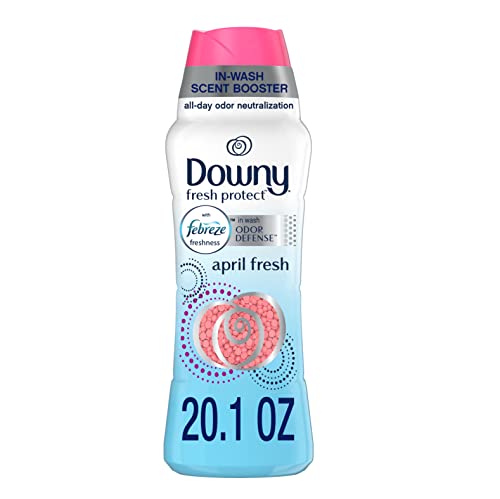 Downy Fresh Protect is a similar product to Unstopables. Fresh Protect also acts as a type of deodorant for your clothes, although this product only lasts for 24 hours. Tiny capsules become infused with your clothes during the wash cycle, and these capsules will then pop as you move to release a pleasant fresh scent and fight odors. Fresh Protect is also safe to use with all washing machines and clothing types.

What Fragrances Does Fresh Protect Offer?

The other option is April Fresh. This fragrance is also lighter than the options you’d find with the Unstopables line, although it does have a clear scent that’s reminiscent of clean linen with floral notes.

What Are the Ingredients in Fresh Protect?

The ingredients in Fresh Protect are identical to the ingredients in the Unstopables line. These products use the same combination of perfume dispersant, fragrance, and colorant to provide your clothes with a fresh scent and odor-fighting ability.

It’s possible that the composition of these products is different in terms of how much of each ingredient goes into which product. The Unstopables line likely has a larger amount of perfume dispersant and fragrance than the Fresh Protect line.

How to Use Fresh Protect?

1. Shake some of the scent beads into the Downy Fresh Protect cap. Use a little for smaller loads and a lot for bigger loads.

2. Toss the beads into the washer before you add your clothes or any other products.

3. Add in your clothes, detergent, and fabric softener.

Adding Fresh Protect to your laundry routine is very easy. It’s an extra step, but it’s quick and provides your clothes with 24-hour odor protection!

A major deciding factor between these two scent-boosting products is their affordability. Downy Unstopables typically comes in a 20.1oz bottle, while Fresh Protect comes in a 26.5oz bottle. So, even though there’s an obvious difference in the listing price of these products, when you break it down to the cost per ounce, each product costs the same.

You’ll spend $0.27 per ounce for a bottle of Downy Unstopables and Fresh Protect. Since their prices are basically the same, it’s important to look at the other components of affordability.

Fresh Protect is only meant to last for 24 hours, so you’re likely to use it more frequently than Unstopables, which lasts for up to 12 weeks. Since you’re using Fresh Protect more often, you’ll need to purchase a new bottle more often as well.

Sticking with Unstopables will save you money in the long run. Your clothes will smell fresh for longer, so you’ll use and purchase the scent beads less often.

Fresh Protect has Febreze Odor Defense, which helps protect your clothes from odors. However, Fresh Protect and Unstopables both have the same ingredients. Unstopables is actually supposed to last longer, and their fragrances are more potent than Fresh Protect’s. So, if your main concern is odor control, then you may want to give Unstopables a try.

The Verdict– What’s the Difference?

Downy Unstopables not only has more options and lasts longer, but it also emits a more potent fragrance and will save you money in the long run.